…or perhaps back to business as usual as these pages have been rather quiet of late.

I’m blaming it on large books. Bricks. Doorstoppers. Whatever you want to call them. I completed The Life and Death of Peter Sellers by Roger Lewis, an obsessional biography at over 1000 pages. Then came Gravity’s Rainbow by Thomas Pynchon. This is a book I was determined to finish after several false starts in the past. I loved it up until a point – the point being around page 300 when all hope of comprehending the novel began to seep away. Sadly I was just pleased to complete it and toss it aside; Pynchon became an irritation rather than a joy. I was ultimately depressed with the sheer weight of it. I feel like a mountain climber who just collapses after reaching the summit in need of a lot of rest. There’s no real sense of exhilaration.

Is that the end of mammoth books for now? I doubt it, I still have The Tin Drum to read…

Aren’t there always those moments, just before the blow falls that change things forever?

The latest from Susan Hill appears at an appropriate time of year. I always associate October and the creeping onset of winter with ghost stories, and so welcomed the publication of The Small Hand. This short supernatural tale isn’t quite as strong as The Woman in Black or The Man in the Picture. That’s not to say it’s unsatisfying, and I would recommend this to any follower of Hill or the ghost story genre.

Adam Snow is a dealer in rare books, travelling the world buying and selling although one location has a particular draw for him. This is the archetypal house of sinister tales; abandoned, derelict and with the accompanying overgrown wilderness of a garden. It’s here that he arrives by accident and where he first encounters The Small Hand, an invisible force that grips him with a terrifying compulsion whenever he is near to water. Hill invests her story with some genuinely scary moments. I particularly liked how Snow is drawn towards finding out more about the ghostly presence rather than being frightened of it. The scene where he meets a mysterious stranger during one of his return visits to the old house is brilliantly visualised, as are Snow’s frequent descents into vivid dreams and nightmare.

The Small Hand is set in the present day, although apart from fleeting references to email and the internet, a reader would be forgiven for thinking it was set in the immediate post war period. Snow appears to live in a world devoid of modern technology, one where he can only follow his trail with the aid of newspaper cuttings and old photographs. Perhaps this is due to a familiarity with Sarah Waters’ The Little Stranger, which deals with some similar themes. The Small Hand is effectively creepy, but would suit the short story form better than the short novel, sitting comfortably in a large anthology of ghostly winter tales.

It’s easy to succumb to the holiday reading obsession. Choosing the most appropriate books for your summer break and making sure things won’t be tarnished by bad choices. Has a holiday ever been ruined by a bad book? I’m not sure, but I think I probably would have enjoyed the South of France more five years ago without a copy of The Line of Beauty. And I may have brought back better memories of Cyprus without Brick Lane. This year I holidayed in Turkey for the first time since 2004 where I enjoyed Birds Without Wings by Louis Louis de Bernières. Would this year’s choices be as good at that, or would I succumb to another dose of the Hollinghursts?

So perhaps best to get Turkey’s turkeys out of the way. After deciding to give Orhan Pamuk’s Snow another chance I confess to abandoning the book for a second time. I’d fancied an appropriate read for Turkey, but confess that this is a writer I cannot contend with. The Girl With Glass Feet by Ali Shaw looked like an intriguing read but rapidly turned into a tedious and far from involving novel.

As for the two books I picked up second hand before departing, I didn’t touch them at all. Don’t Tell Me the Truth About Love by Dan Rhodes was left in a villa somewhere near Fethiye whilst I donated David Nicholls’ The Understudy to family members. Two of them read it and enjoyed it thoroughly, so it was good to pass on a good read.

Falling into the middle category was The Heart of the Matter by Graham Greene. I enjoy Greene, but somehow this didn’t suit poolside reading at all. This faintly depressing novel didn’t fit the air of frivolity, and Greene’s gloom would be far suited to the current wet climate as I peer through the office window.

There were only two winning books for this summer holiday.

C is Tom McCarthy’s follow up to Remainder, my holiday best for 2008. Remainder was a real literary treat, a book that managed to be refreshingly original, clever and compelling. C is also very good, although I found that McCarthy was moving into the David Mitchell territory of cleverness. It attempts to tackle very big issues; the nature of communication, real and artificial networks, Man’s misalignment with nature until it’s far too late. The book has some excellent passages that make it a must, the best being the chapters set during the First World War that portrays the conflict from the unusual angle of a plane. Highly recommended, although McCarthy appears to have lost the sense of humour that make Remainder so addictive.

My best holiday read is also likely to be my novel of the year and comes from an unusual source. Thomas Pynchon doesn’t usually suggest light summer reading. However his most recent book, Inherent Vice is possibly his most accessible novel to date. Set in California at the end of the 60s this is a mix of detective fiction, brilliant comedy and a wry observation of the era. It centres around a hippy private eye known as “Doc” and his investigation into a missing property magnate, although his movements take increasingly weird and wild twists and turns.

What’s so good about Inherent Vice is that the elements are all strong enough to work independently; remove the trademark Pynchon humour and there is still an intriguing and well executed crime story beneath. And whilst the book is full of crazy yet well observed characterisations (rarely for me I regularly laughed out loud when reading this) it is canny enough to hold California circa 1969 (let us not forget that this was the awful Manson era) at arm’s length. My book of the year. An absolute must.

Books in the family circle that I couldn’t get my hands on included Ordinary Thunderstorms by William Boyd, Fool’s Alphabet by Sebastian Faulks and Fingersmith by Sarah Waters, although my good lady informs me that this was a disappointing read. So I might save them for next year. 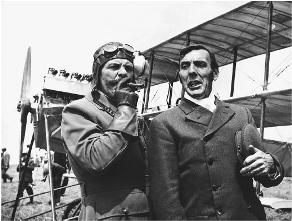 I began to comb picture morgues and newspaper files, turning up hundreds of photos with similar figures in them. Most depicted disasters or near disasters; I began to notice that the number – and demeanor – of the figures often depended on the amount of destruction that surrounded them. Their faces glowed with pleasure in ratio to the amount of mayhem and carnage. This was by no means a strictly quantifiable thing, but the correlation, in general, seemed to exist.
Al Sarrantonio, The Cult of the Nose

Stories is the much talked about anthology edited by Neil Gaiman and Al Sarrantonio, featuring 28 new tales by a variety of authors. Although not all of the writers featured are known for Gaiman’s home genre of fantasy with a dash of horror, this is the general theme that runs through the book. in some cases it works very well, for example Roddy Doyle’s Blood is very out of character for him but nevertheless outstanding.

Other stand out stories include Jodi Picoult’s Weights and Measures, which is a subtle and eerie tale. Kurt Anderson provides an old school slice of science fiction with Human Intelligence. Gaiman’s own contribution, The Truth Is a Cave in the Black Mountains, is as good as expected. By far the best, however, is Al Sarrantonio’s The Cult of the Nose . This is a disturbing story that plunders the depths of obsessive madness. It demands more than one reading.

I have to admit that I found many of the stories disappointing, and the editing could have been better (for example Fossil-Figures by Joyce Carol Oates and Wildfire in Manhattan by Joanne Harris both deal with a similar subject – twins – and are clumsily presented back to back). In general there appears to be an over readiness to please Gaiman, writing the type of story that might pander to his wishes. Not the dream anthology it could have been.