In 1974 Peter Sellers revived his flagging film career by agreeing to resume the role of Inspector Clouseau. The Pink Panther franchise produced a run of successful films up until his death in 1980. It’s an odd coincidence that in the year before his “comeback” Sellers played another Frenchman in possibly the most obscure film he ever appeared in. The Blockhouse is not a starring vehicle for him, but rather an ensemble piece where he plays one of seven men trapped in an underground bunker during World War II. The unusual cast also includes Charles Aznavore, Leon Lissek, Jeremy Kemp and Peter Vaughan. It’s a rare straight role for Peter Sellers. 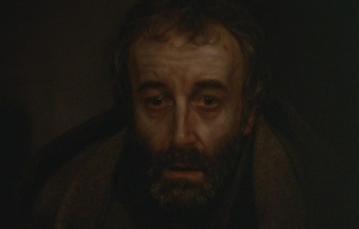 The Blockhouse is directed by Clive Rees and based on a novel by Jean Paul Clebert, which in turn is supposedly based on real life events. If this is true then it is an extraordinary story. The seven men, all prisoners of war, are trapped underground during the D-Day raids. They find themselves in a German “blockhouse”, an underground shelter with food, drink and – equally importantly – candles to keep them alive for years. And it turns into years. In 1951, so the story goes, two men were rescued from a blockhouse after surviving for seven years, four of them in total darkness.

Thus The Blockhouse is fairly depressing subject matter, although it is compelling viewing due to the excellent performances. Especially Sellers. Despite the megalomaniac he is often portrayed of in biographies, he does not attempt to steal the limelight in this film any way. A truly brilliant performer, who sadly squandered his talent on often substandard material. Peter Vaughan, another actor better known for comedy, is also very impressive as the first to crack under the strain (a piece of trivia: Vaughan also played Sellers’ father in The Life and Death of Peter Sellers). Unfortunately the film quality of The Blockhouse is poor, with the direction uneven. It’s no surprise that Rees did little else. But there are several memorable sequences. Sellers attempting to teach his fellow captives dominoes, an ill-advised bicycle race, and Sellers (again) resolved to his final moments under the earth. This, together with the final scene when the supply of candles comes to an end, is very moving.

It’s strange that The Blockhouse fell into obscurity for so long, and there’s probably a metaphor there somewhere to compare the film with the plight of the seven forgotten men. I’m not aware of it ever being on UK television. Stranger still, it is now available as part of The Peter Sellers Collection on DVD together with Where Does it Hurt? and Orders are Orders, arguably his two other least known films. I would think any Pink Panther fans buying this will be in for a shock.