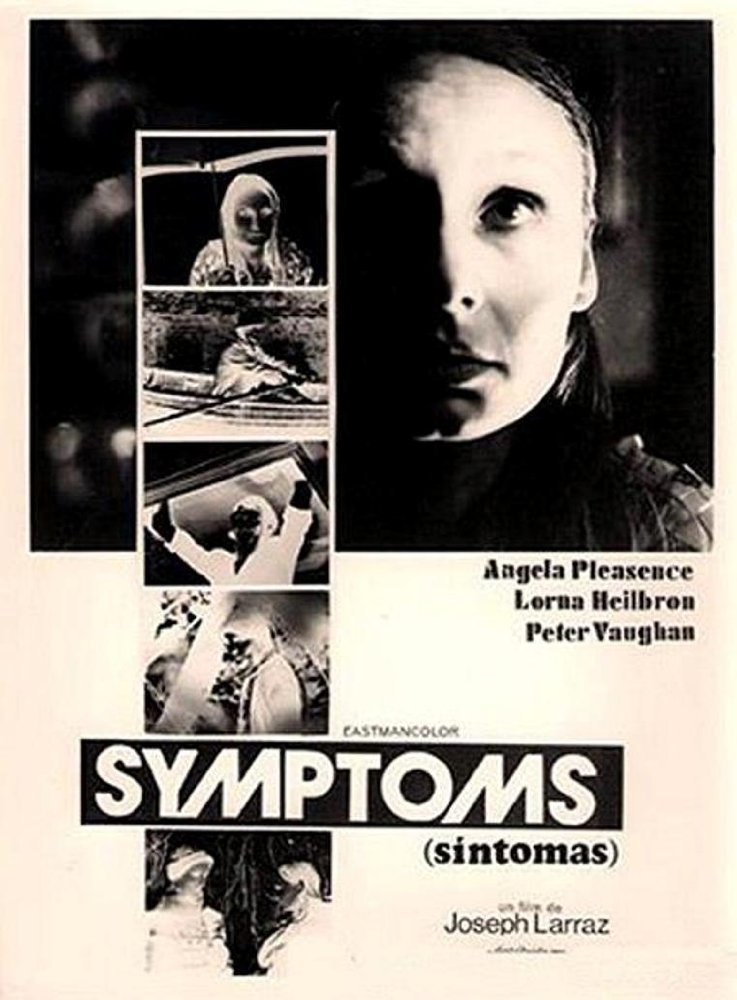 Directed in 1974 by José Ramón Larraz, Symptoms disappeared for years after the prints went missing, but it’s recently been discovered as part of the BFI’s most wanted project and now released in a stunning looking restored version.

Symptoms has been compared to Polanski’s Repulsion and there are many similarities, although I think Symptoms is the better film due to the incredible central performance from Angela Pleasence. She’s also ably supported by a wild eyed Peter Vaughan and an urbane Raymond Huntley.

The film is set in a quiet house in the English countryside where Helen (Pleasence) invites her friend Anne (Lorna Heilbron) to stay. Brady (Vaughan) is a sinister groundsman, creeping around in the woods, not really adding to a hospitable setting. Helen, is has to be said, also isn’t the most comfortable person to be around, speaking in flat, emotionless tones and ever complaining of a headache. It’s slowly revealed that she’s had a previous “illness” and a mysterious former friend, Cora, is brought to our attention when she visits a chemist (Huntley) for a prescription.

Anne takes it all in her stride, and is visited by a persistent boyfriend, and both really should have done the sensible thing and stayed away. Very creepy, Symptoms is a real slow burner. Mostly it relies on the the excellent Pleasence. Conventional horror, when it comes, is short, effective and sweet. There’s some slashing, but more disturbingly, Cora comes to visit. And it has the best “mirror trick”, now the most cliched of horror techniques, I have ever seen in a film. The music is by Bristol’s John Scott, who also worked on Satan’s Slave (1976). An alternative title for the film is Blood Virgin and it’s been bracketed with the so called “lesbian horrors” of the early 70s. I think this is unfair, if there is such a genre, and Symptoms is far subtler than say Lust for a Vampire or even Larraz’s own Vampyres.

Angela Pleasence was also memorable, although in a much smaller role, in From Beyond the Grave (1974) where she appeared with her father Donald in the segment An Act of Kindness. Also make an effort to catch the underrated TV series Whitechapel from 2013 for more Angela Pleasence creepiness. Vaughan is also still going strong, most recently cast in Game of Thrones.