The Jesus and Mary Chain at O2 Academy Bristol. The Who at The Royal Albert Hall.

The Cribs and Honeyblood, both at the O2 Academy Bristol.

The Flaming Lips at The Colston Hall.

Mr Jukes at The Marble Factory and Sparks at the O2 Academy.

The Pretenders, The Waterboys and Public Service Broadcasting at Colston Hall. Sleaford Mods at O2 Academy.

The Charlatans at Brixton Academy.

Siouxsie and the Banshees – Spellbound

The classic John McGeogh guitar. From the 1981 album Ju Ju. 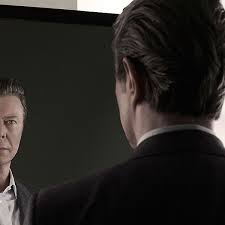 David Bowie is no stranger to the compilation album. His collections have grown, over the years, into a large number of tucked away vinyl, CDs and cassettes in most people’s ownership. Tonight I counted 47 Bowie compilations listed on Wikipedia. 6 feature the word “best” in the title, always an indication of a lazy collection. Number 47 is Nothing Has Changed with only 18 tracks out of 59 that I didn’t already own. Was I going to buy it?

Yes I was. As I’ve recently bought back into Bowie from his return last year I’ve been interested in his every release now. But two things: the new single Sue that’s been cruelly labelled as jazz, and the format of the new “best of” that is assembled in reverse chronological order. So we get Sue all the way back to Liza Jane. And I like Sue – it’s Bowie not really giving a fuck. He’s even wearing glasses in the video.

The structure of Nothing Has Changed works very well. The very recent work from The Next Day has been rightly celebrated and Where are we Now?, Love is Lost and The Stars are out Tonight kick things off. But as things proceed there’s a reminder that Bowie’s 1990s and early 2000s work is also refreshingly good – Everyone Says ‘Hi” or Slow Burn for example. Little Wonder and Hello Spaceboy (with the Pet Shop Boys) stand up well too.

Foe a Bowie compilation that’s had the most thought put into it there are a few odd choices. The mid to late 80s period is painful, particularly Blue Jean and Dancing in the Street with Mick Jagger. Why? Loving the Alien and This is not America are also best forgotten. Also and sadly, the reworked Let me Sleep Beside you also explains why thy Toy album was left unreleased.

There are countless gems though. All the Young Dudes has never sounded so excellent, nor Fame or Heroes which are both 2014 remasters. The remaster magic also applies to Changes and The Man who Sold the World. And I’ve never been a fan of Wild is the Wind until now, but suddenly put into context after (or before?) Golden Years it sounds marvellous. Also benefitting from being part of a compilation by being taken out its original environment is Moonage Daydream from the Ziggy Stardust album.

Nothing Has Changed works particularly well on a long car journey because, well, it’s rather long. The unreleased tracks aside, the fact that I didn’t already own many of the songs included reveals my dismissal of Bowie’s work past 1990 – which turns out to be foolish as there’s much to be said for his “later” work. All in all good stuff – although perhaps it best to stop at number 47.

And surprisingly, overall, my stand out track on first listening is In the Heat of the Morning from 1967’s David Bowie. The strange surprises are the best.

* track not included in this compilation.