Devil May Care is a new James Bond novel written by Sebastian Faulks to mark the centenary of Ian Fleming’s birth. Where many authors might take the opportunity to apply a modern makeover to 007 this is very much Faulks writing in the style of Ian Fleming. He is ever careful to avoid slipping into parody, and reading the opening chapters confirms that Faulks has done his homework on Bond’s history. He’s also a wise choice for the job, his diverse back catalogue including such stunningly different novels as Birdsong, On Green Dolphin Street and Engleby prove he’s keen to turn his hand to most things. And we can now tick spy fiction off as another of his successes. 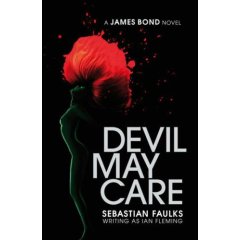 Like the Fleming back catalogue, Devil May Care isn’t great literature but it’s a great spy novel. Faulks effortlessly recreates the 1960s to follow where the original series ended. The Cold War comes to life, and the technology of the day charmingly shines through (agents having to make landline calls, and double agents cunningly pulling telephone wires out of their sockets). There’s also all the ingredients of classic Bond – the beautiful girl, crazed Oriental assassin, super villain with a grudge and a deformity. Add to that the wining and dining, a dozen trademark Bond hot showers, and a classic train-bound fight to the death. And throughout Faulks manages to plant the image of Sean Connery in my mind. At least his physique and looks; the action scenes reminded me of the recent authentic version of Bond as portrayed by Daniel Craig.

Tired, broken and in need of a drying out period James Bond is enjoying a well earned sabbatical. But as with most Bond novels, holidays are cut short by a call from M. Returning to London Bond notices the young, long-haired and carefree on the streets and smells the tell-tale aroma of cannabis. It’s 1967, and drugs have a firm foothold in Devil May Care. Bond is on the trail of a criminal mastermind who is planning to maim England badly through drugs. The novel takes time, there’s long passages of dialogue and an excellent early stand-off in the form of a tennis match between Bond and his enemy before things pick up. Faulks sets the scene wonderfully. There’s also the international flavour you might expect. As well as London, the action shifts from Paris to Iran and Russia.

Published by Penguin, the end papers of the book add Devil May Care to the Bond canon that includes Fleming’s fourteen original books and, interestingly, Charlie Higson’s four young Bond novels. The Kingsley Amis Bond effort from the late sixties is not included, nor the various novels that appeared in the eighties and nineties. If Sebastian Faulks is the official heir to Fleming then it’s unclear if he’s willing to write any more novels. If he isn’t, then this is a shame. Devil May Care is highly enjoyable, and I fully expect the paperback blurb to include the cliché “enjoyable romp”. Add to that “Bond is back – at his best”.

Sebastian Faulks is probably best known for the celebrated Birdsong, and last year published possibly his best novel so far – Engleby. The Girl at the Lion d’Or dates from 1989, and focuses on a young maid in France during the mid 1930s. Although many novels set during this period concentrate on the looming Nazi threat and impending war, Faulks’s is more concerned with the spectre of The Great War, with its main characters wrestling with the uncomfortable memories it has left them. 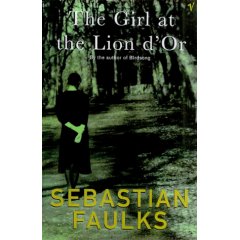 Anne is the mysterious maid at the centre of the novel, who arrives to work at the Lion d’Or hotel under the auspices of the stern and formidable manageress. She meets and falls in love with a prominent Jewish man called Hartmann, although ultimately their affair begins to prove far from idyllic. Beneath the problems that stall their relationship (Hartmann is married) they are both haunted by the First World War, Hartmann as a veteran and Anne by the tragedy in her family caused when her father was shot as a mutineer. Faulks manages to recreate this period brilliantly, the Lion d’Or and its surrounding neighbourhood appear as very convinicing and real. The novel also includes many well drawn supporting characters spanning the social spectrum of the setting; the secretive Patron in charge of the hotel, the young waiter who spies on Anne as she bathes, Hartmann’s middle class and carefree country friends, even a government minister ruined by scandal.

The Girl at the Lion d’Or is very well written but it is a slight piece. Faulks attempts to write a conventional and straightforward novel, and its critics may be tempted to dismiss it as a weak slice of romance – its champions, however, have praised it for its subtlety and style. I was undecided. The Girl at the Lion d’Or is a stylish and intelligent work of fiction but it’s also inconsequential and at times slightly dull. Recreating a moment in history isn’t always enough, and subtle writing doesn’t always equate to masterful writing. And coming to it with Birdsong in my mind, I was quite disappointed.

Next up from Sebastian Faulks is Devil May Care, his contribution to the James Bond canon. I’ll be reading this novel when it comes out as I think, two decades on from The Girl at the Lion d’Or, he really does know how to write well – especially after Engleby, which really is masterful. And he may even be able to pick up spy fiction, dust it down and make it fresh again.

Engleby is the latest novel by Sebastian Faulks, most prominent in my library for the superb Birdsong. Engleby is a compelling, believable and at times very worrying book that explores the relationship between the reader and the first person narrator, in this book a narrator of the most unreliable kind. 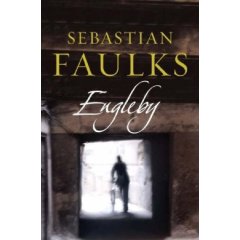 Mike Engleby is a bright student at Cambridge university in the early 1970s. He’s a loner with hangups but he’s not a neurotic Woody Allen; his voice is laced with arrogance and conceit. Engleby is always right in his own eyes – however odd his choices and personal goals are. This unusual although undeniably strong personality is the crux of the novel; we are charmed by the first person narrator, we trust him and join him for the ride. What do we do if he doesn’t always tell the truth? What if he steps over the line? What if he might be a murderer?

What could be a lighthearted look at seventies university life is marred both by the disappearance of a young female student and Engleby’s dwelling on his grim experiences of public school bullying and abuse. As his reminiscences unfold we learn that one of his worst abusers is later subject to a violent assault; Engleby is also questioned about the girl’s disappearance. He freely admits that, whilst some memories haunt him daily, he is often unable to recall others quite as clearly. The novel follows his progress after university and into the eighties, where he has forged something of a career as a journalist. A man with only one real male friendship and apparently only one relationship with a female, he claims to have met and befriended figures from the world of entertainment and politics, including Jeffrey Archer and Ralph Richardson. But again, is he really telling the truth?

Faulks’ strength is a writer is that we find it hard to condemn Engleby. Whether it’s the petty crime he indulges in or the prospect that he might just be involved in a murder; the influence of the narrator, however unreliable or unstrustworthy, has never been stronger in any other novel I’ve read. What’s even cleverer is the brief points of view of others towards the end of the book. A psychiatrist’s report on Engleby’s narrative throws up several questions about his personality and behaviour; points I’d considered yet dismissed. Dismissed because I had to keep reading this compelling voice.

Engleby is a fascinating and intellectually absorbing novel, keeping its final trump card until the very last page. Sebastian Faulks is a very fine writer indeed. This might just be his finest.