Michael Caine has proved he can play the hard man, and I justify this with his shockingly convincing role in Get Carter. Nearly forty years on, Caine stars as Harry Brown, a 70-something ex-marine who opts to push himself to the edge in a film that’s – if possible – bleaker than Carter or indeed anything else he’s ever appeared in. If you’re expecting a ride with an elderly vigilante, perhaps a British answer to Eastwood’s Gran Torino, or even an updated Death Wish, then this is far darker and disturbing than anything the US film industry has ever offered. 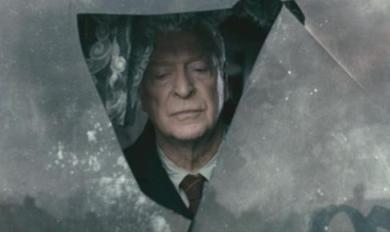 Harry Brown (Caine) lives on a horrifically violent council estate, where his best friend Len (David Bradley) is murdered. What ensues is an uncomfortable yet gripping drama, where Brown emerges as an unlikely survivor in the fog of a nightmarish hell. Unlike Get Carter, which uses the backdrop of early 70s Newcastle as a now iconic setting, Harry Brown appears at times to be deliberately setting-less; background images appear to be out of focus, with much of the scenes set after dark. Where Carter strode through the violent and unwelcome Northern streets, Brown shuffles around a city unrecognisable to even those who have made it their home. It’s an unsettling image of a world with all hope wrung out of it.

Caine is an actor who’s been long in the position that he doesn’t need to prove himself anymore. Where others may have made a meal of Brown’s anger and vengeance, Caine is all suppressed emotion; his performance is brilliantly understated throughout the film. But he’s ever believable; while in one scene we accept that a man with his past can easily handle a gun, we can equally accept the fact that he struggles to operate a mobile phone. It’s mentioned that his character has seen service in Northern Ireland, and he alludes to the fact that former active servicemen don’t speak about the brutalities they might have witnessed. In Harry Brown Caine’s character looks upon the violence and appalling behaviour of the estate setting with tired, unsurprised eyes.

For an actor fast approaching 80, Michael Caine proves he is still an incredibly powerful force. The supporting players in Harry Brown are also superb. Emily Mortimer and Charlie Creed-Miles as the doomed police officers, Liam Cunningham in a small but shockingly memorable role and the ever-outstanding Sean Harris delivers yet another of his frighteningly offbeat performances (he’s previously played Ian Brady on television and starred in the terrifying Creep. I look forward to him in the forthcoming Brighton Rock remake). But it’s Caine’s film, surprising us again, although I’m confident he still has other great roles to deliver yet.