What a drag it is getting old.
The Rolling Stones, Mother’s Little Helper

In the mid 1980s, Keith Richards saw the Rolling Stones as doomed. Mick Jagger was entertaining a solo career and turning his back on the band, whilst Richards himself indulged in touring with other musicians – his own band The X-pensive Winos and also appearing with Chuck Berry. Maybe age had caught up on them, and as Jagger and Richards entered their 40s there was a possibility that the Stones’ days were over. But of course it was far from the end, Jagger and Richards resolved their differences and the Rolling Stones pulled together again in 1989 for the first of their mega-tours. As Richards writes in his biography Life, they had another two decades of playing live ahead of them. At least. 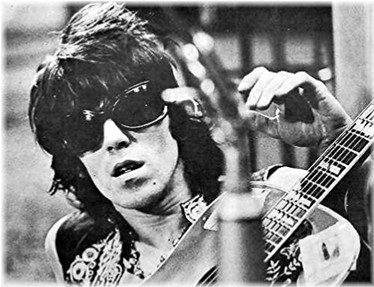 Life is one of the most entertaining rock bios I’ve read in a long time. Now 66, Richards still doesn’t want to stop – he’ll play on until he drops. And whilst there are some signs of mellowing with age, he writes with some clarity about the years of hell raising. The heroin and the cold turkey, the endless rounds of getting clean to go on tour only to fall back into the old ways again, and the countless scrapes – drug busts, flashed knives and firearms, fistfights (usually with other band members) and his fractious relationship with Anita Pallenberg. Richards puts his surprising longevity down to pacing himself through the madness and sticking to the purest of drugs – no low quality smack, or Mexican shoe scrapings as he calls it. He doesn’t exactly advocate drugs, but asks us to accept that it was a way of life for him – and one that in some ways appears to have aided his talent (who else would stay up for days and nights at the mixing desk where others fell around him?) But some of it is far from impressive, such as the time he took his seven year son on tour with him when he was at the lowest point of his drug taking. Crazed and sleeping with a loaded gun under his pillow, young Marlon was the only person trusted to wake Richards. It isn’t really funny.

Better, Richards talks at length about the musical influences that shaped his talent, beginning with his upbringing in Dartford. Life portrays the immediate postwar England with great charm and insight, especially with a vivid picture of Kent in the 40s and 50s with the local lunatic asylums and nearby woods full of madmen and army deserts. An only child raised in a matriarchal family, he was bullied at school (his subsequent toughness in the book vividly contrasting with this picture of the weedy pre Stone). Expulsion from Secondary Modern led to art school, an obvious career path for a budding musician in the late 50s, which put him in the right circle for forming the Rolling Stones. As for the band, Keith’s view of Mick Jagger has become the talking point of Life, mainly in how he charts their various long running disputes and checkered partnership, although there isn’t really enough here to stop the pair talking for ever. At the most we can assume that Jagger is somewhat possessive of Richards position in his life, and was also frustrated when Richards cleaned up at the end of the 70s and the position of power changed in the band. Oh, and you may have heard that Keith refers to Mick’s rather small, er, member. Jagger is no doubt smarting at this revelation, but probably not as much as over the vitriol Richards pours on his trilogy of laughable solo albums in the late 80s.

Apart from the love/hate relationship with Jagger, Richards also has a high regard for Charlie Watts, whilst Bill Wyman hardly gets a mention (mostly he finds Wyman’s celebrated womanising laughable) and background band members, such as the keyboard player Ian Stewart receive greater prominence than Bill in the Stones story. Brian Jones is viewed as nothing more than a dead weight, a talented musician subsequently relegated to the sidelines when Mick and Keith are elected by Andrew Loog Oldham as the band’s songwriters. His early death receives less than half a page in this lengthy memoir. Mick Taylor, the guitarist who bridged the gap between Jones and Ronnie Wood, is respected as a musician but found too introverted. Wood himself is acknowledged as a worthy addition to the band, although his own problems with addiction at times put Richards’ own into perspective. Richards also has a high disregard for two of the film makers associated with the Stones, Donald Cammell (who made Performance starring Jagger and Pallenberg) and Jean Luc Godard (responsible for the weird Sympathy for the Devil film). Of his 60s contemporaries, Richards has a high regard for only a few, amongst them John Lennon who, joining in with the indulgences, only ever left his house horizontal.

Co-writer James Fox does a fine job in holding it all together, although things begin to become fragmented slightly towards the end. Keith goes into his recipe for sausages at length but barely mentions his Pirates of the Caribbean acting role. However he does prove that’s he’s still no stranger to the headlines, recounting both his near fatal head injury of recent years and the tabloid sensation that he snorted his father’s ashes.

Settling the score on gossip aside, readers interested mostly in the Stones back catalogue will find that the most discussed album here by far is the celebrated Exile on Main Street. Lesser known albums, such as 1967’s Between the Buttons, receive no mention at all, whilst Richards dismisses Their Satanic Majesties Request as weak. Life gives some insight into the effort that went into their better albums, and the less musically inclined reader will, like me, become lost with the lengthy account of how Richards re tuned his guitar to achieve a distinct sound. But listening to some of the albums afresh, including Beggar’s Banquet, Let in Bleed and Exile, I’m convinced by his greatness as a musician far more than I’ve ever been before. And even though I don’t know the technical ins and outs, I certainly do know a track such like Satisfaction is unbeatable.

So to wind up, here’s a rundown of the Rolling Stones at their best:

Its been a while since I ve read a rock bio ,must admit I saw stones in 89 and they were good live but creative wise they ve not moved forward since mid seventies ,suppose as money rolls in it iseasy to carry on ,plus they all seem to have found outlets outside the band ,remember friend saying he’d meet charlie watts whilst he worked at hardys fishing shop in london as he is huge fisherman ,all the best stu

I must agree that I don’t own any of their music from the mid 70s on.
On the other hand, if they do tour in 2011 as rumoured I’d be tempted to see them.