Halloween time and so my top 5 horror films of the 21st century. 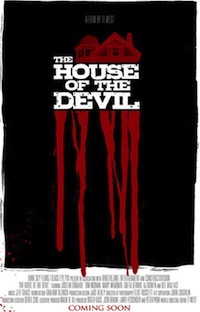 One of the most promising directors around is Ti West. He filmed House of the Devil in a faux early 1980s cinematic style and the delivery is entirely plausible, down to the opening titles, music and overall feel of the film. West manages to overcome any sense of self awareness that might have befallen a lesser director. The theme is also reminiscent of the era – When a Stranger Calls springs to mind – with its central character accepting a bizarre babysitting job and consequently becoming trapped in a rather unwholesome household.

House of the Devil is an impressive horror with an unsettling ending reminiscent of Rosemary’s Baby. It’s also worth mentioning Tom Noonan as the weird Mr Ulman, outstanding in an unashamedly creepy role as the head of the demonic household. Ti West has recently followed with the slightly more sober but no less interesting The Innkeepers. Next up, he appears to be working on a couple of portmanteau horrors with other directors: V/H/S and The ABCs of Death. 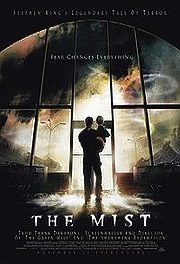 Adapted from a Stephen King story by Frank Darabont, the director who was also responsible for The Shawshank Redemption and The Green Mile. This is firmly back in the usual King territory, and the setting is both familiar and horribly terrifying. A group of people take refuge from a sudden and oppressive mist inside a supermarket; some resorting to religious mania, other braving the unseen monsters outside and other fighting off the giant insects that get in.

The cast are very good and feature the excellent Marcia Gay Harden and the British actor Toby Jones. The Mist reminds of the later Monsters with its apocalyptic air, although this a much more impressive feature. The painfully ironic ending is one of the best and most shocking in modern cinema. 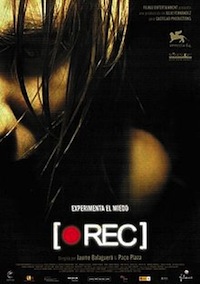 The best of the found footage genre, the Spanish film [REC] is the first of our top three 21st century horrors which are all interestingly foreign language films. Jaume Balagueró and Paco Plaza deliver one of the most claustrophobic films ever made, set inside a dark and labyrinthine apartment block where an emergency team investigate some unusual, dark and violent goings on. Add to that a film crew, lock the doors and light the blue touch paper.

[REC] has now spread into a trilogy, with the second film being released in 2010 – also excellent – picking up exactly where the first left off. It introduces some fresh ideas into the tired found footage theme (look out for two cameras on the go here) and attempts to explain what is exactly going on without laboring the point too much. The third film, [REC] Genesis, spins off in another direction entirely with a wedding setting and, whilst bizarre indeed, received some very unkind reviews when it was released in 2012. The whole trilogy is essential viewing and the fourth, [Rec] Apocalypse, will be most welcome. 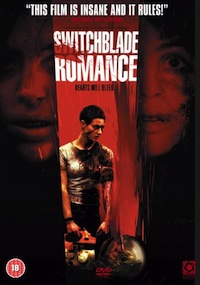 As we get to the top of the list the films now do get decidedly weirder. Strangely, with these last two I do think that the less you know about them will actually enhance your viewing. Switchblade Romance is a French horror directed by Alexandre Aja and the film has received some criticism for its audacious ending. Indeed it is difficult to digest, and apart from Michael Haneke’s Funny Games perhaps, I can think of no other film that is such a challenge to the viewers notion of cinematic rules.

However, I found Switchblade Romance engrossing, and the unexpected twist makes perfect sense if you watch closely and notice the clues. Aja is quite a master of pace, and the films edges quite comfortably into full on mayhem, and is essentially a story of obsession that focuses on the two lead female characters. The last scene is very effective, which plays a final subtle trick on the now exhausted viewer. 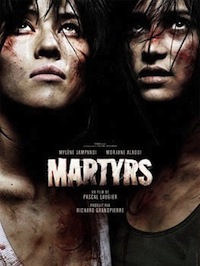 Finishing with another French horror, which was incidentally found too shocking in its native country and banned, Pascal Laugier’s Martyrs is an uncompromising masterpiece. Where my jaw hit the floor for the last two thirds or Switchblade Romance, it was there for the duration of Martyrs. The film is a series of unexpected twists and awful detours, and for this reason I would dissuade anyone from reading a synopsis of the film or finding out any more than the merest details before viewing. Believe me, it’s better that way.

The greatness of Martyrs is how it leads the viewer into totally unusual territory, and it is almost incomprehensible how anyone could actually think of such a nightmare series of scenarios. There’s also some similarity to Switchblade Romance in the dual female leads. Laugier has recently been snapped up by more conventional producers to revive the Hellraiser franchise. Perhaps he’ll do something interesting with it.