Beware. There are odd and madly scheduled movie channels that you will only find in hotel rooms. This is where slasher movies appear at lunchtime (I caught part of a particularly disturbing film called Ginger Snaps) and kids movies come late at night (Babe: Pig in the City). Oddest of all is this entry in the CV of Christian Bale. Reign of Fire (2002) is set in a post apocalyptic near future (alarm bells are already ringing when I discover that this imagined future is only 2020 – I hate it when post apocalyptic films are so short sighted). It’s an English future, and Christian Bale is in charge, clumsily equipped with a Dick Van Dyke cockney accent and wispy beard. Perhaps Mr Bale was advised that people will talk with this odd approximation of a London twang in the future, and perhaps they will, especially in a future where fire breathing dragons are terrorising the human race into extinction. Yes, it’s that kind of film. 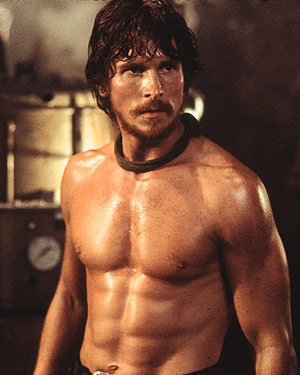 Reign of Fire was a nice little starter to prepare me for The Dark Knight. I’d heard a lot about this, mostly regarding Heath Ledger’s turn as The Joker. In a dull, monotonous and pointless film he’s certainly the best thing in it. But even saying that, once I’d sat back I was forced to conclude that any half decent actor would make something out of The Joker, wouldn’t they? And sadly, director Christopher Nolan doesn’t make enough out of The Joker to make it a truly great movie. What is best about Ledger’s interpretation is that he’s deadly serious, which cuts out the ham element which befell Jack Nicholson. Ledger is not much of a joker at all really, although certainly insane. But there’s only a hint of just how dangerous this man is, and the scene reminiscent of The Silence of the Lambs where the dangerous criminal is ensnared is only a pale comparison to the greater movie. And in such a long film they should have spend a little more time on the mad villain’s capture and escape.

Taking its hype into account, The Dark Knight is one of the most disappointing films I’ve seen in years. The sterling cast is wasted; Gary Oldman in moustache and glasses just gives a passable impersonation of Dr Robert Winston, Morgan Freeman and Michael Caine wake up, rub their eyes and turn in their usual roles. And Christian Bale opts for the gruffest of gruff voices when he’s dressed up as Batman, sounding like Clint Eastwood forgetting to gargle after a night on the cigars. 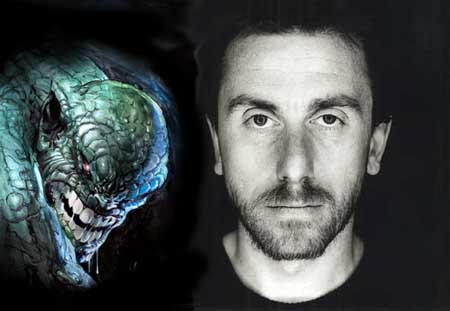 I think it can all be traced back to a problem with the whole ethos of DC Comics, which will never be a patch on Marvel, and for me the recent Incredible Hulk is far superior a film to The Dark Knight. For one thing, it does have something of a sense of humour, although there are too many references to the 70s tv series (a glimpse of Bill Bixby, Lou Ferrigno supplying the Hulk’s voice) and we get the inevitable and now tedious Stan Lee cameo. But The Incredible Hulk rockets along like a superhero film should do. Edward Norton, who I normally find particularly nondescript, is fine as Bruce Banner, and William Hurt and Tim Roth make excellent baddies. And I hope that Christian Bale was taking notes, as Mr Roth has the most excellent London accent.

“Perhaps Mr Bale was advised that people will talk with this odd appoximation of a London twang in the future, and perhaps they will, especially in a future where fire breathing dragons are terrorising the human race into extinction.”

LOL, Stephen! I have no desire to see another Batman movie ever again. Why do they keep doing this? Can’t they think of anything new?

And Tim Roth—I adore that man! He is so underrated, which is such a pity. I loved him in Rob Roy. His portrayal of poufy and deadly Archibald really creeped me out. I’ll have to rent “The Incredible Hulk.”

Yes Mr Bale always has a problem with his voice! I wonder what he really sounds like – I think he was born in Wales? Perhaps he sounds like Tom Jones!

I’m glad you like Tim Roth! He’s a favourite of mine, but does tend to do mostly low key films and only branches out now and again into the mainstream with Rob Roy, Planet of the Apes etc.

Try catching The Hit from the mid 80s. Three of the best British actors – John Hurt, Terence Stamp and Tim Roth. You can’t really go wrong there, especially as Hurt and Stamp (who can be in stinkers) are on best behaviour.