Yet even at that tender age, he glimpsed ‘the little child inside the man’, to quote one of John’s last pieces of self-analysis. ‘I remember that Alice, our black cat, had jumped out of the window after a pigeon and died, and I remember that was the only time, I think, I ever saw my dad cry.’

Ah, the terrible inevitability of coming to the end of a Lennon biography. Following the Beatles break up in 1970 the following ten years just whizz by; heroin, primal scream therapy, the move to New York, the political sloganeering, the lost weekend, the birth of Sean and John’s retirement. The Double Fantasy comeback and finally…

Philip Norman pieces together Lennon’s last years better than any other biographer in this, the end of John Lennon: The Life. In 1975, following the birth of Sean, John Lennon decided to walk alway from the music business as his recording contract coincidentally ended in the same year. He chose not to renew it, enjoying as he would later put it, the life of a house-husband, almost pioneering the role reversal of husband at home and wife at work. Baking bread, singing lullabies, bliss. Norman, however, reveals that Lennon was far more active than other accounts have let on. As well as extensive travelling (several visits to Japan, and a sailing holiday in the Bermuda Triange) he had fleeting contact with Paul McCartney and the two were to meet, if not frequently, but had a less estranged relationship than we might believe.

In the late 70s a US comedy show challenged John and Paul to revisit the studio to stage a reunion. Not only was an amused Lennon watching at home in the Dakota, but McCartney was sitting with him, and the two almost called a taxi to take up the dare before eventually abandoning the idea. At other times in this period the Beatles came close to reforming; as well as tempting financial offers John and Paul once played to a substantial audience at a beach party, and Lennon continued to write and demo songs in this supposed quiet period, one of which became Free as a Bird. 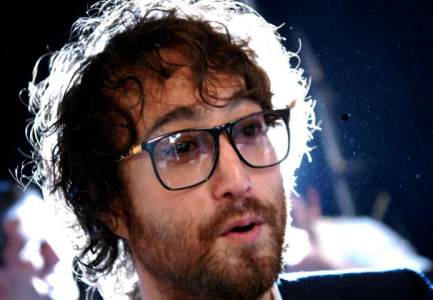 Norman’s final chapters are beautifully written, almost moving, as Lennon finds the peace that eluded him through most of his life (even when he was demanding that peace be given a chance). As the inevitable end comes into view, he draws the story to a conclusion without dwelling on the aftermath of his murder and his legacy since then. Instead the book closes with a meeting between Norman and Sean Lennon. Only aged five when his father died, his memories are obviously hazy, but this makes from a memorably impressionistic account of the man, the dad who sometimes lost his temper but who cried when the family cat died.

John Lennon: The Life gives a believable snapshot of the man’s state of mind when he died. Enthusiasm for what the future held (further recording, a planned trip to England) was tinged with the Beatly past he couldn’t quite shake off – the awkward presence of Paul in the world (his rival forever), continued friendship with the ever-amiable Ringo and growing resentment towards George Harrison (who chose to barely mention Lennon in his own autobiography). And a strangely unkind disregard for the brains behind the scenes, George Martin. If he couldn’t quite escape the Beatles, I still read a growing sign of maturity and inner strength, beginning to be achieved at last if all too briefly.