As usual, we sat down to watch Jurassic Park the other evening. It’s a classic, although I’ve lost count of the number of times I’ve seen it. There does appear to be a mismatch between the films repeated endlessly on tv and the films rarely, or never, shown. So here’s some of the very obscure films I’d like to see. They are oddball films.

Yes The Times are giving away DVDs this week for some of Alfred Hitchcock’s 30s films. All brilliant, but what about his really early films? What about The Lodger (1927) and his other silent films?

An endless list. How about The Skull (1965), a very creepy Peter Cushing film. You can catch the 1974 Amicus portmanteau Vault of Horror quite regularly, but how about Tales that Witness Madness from 1973? Then there’s Hammer, who made a series of psychological horrors in the 1960s. A couple of them, such as Paranoiac (1963), feature Oliver Reed. Here’s an actor who, up until his last celebrated film Gladiator (2000), acted in obscure films for years. He wasn’t in the pub all the time as rumour may have it, just look at Reed’s list of films. 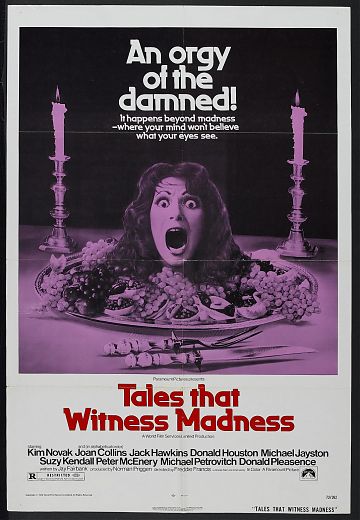 Denis Gifford’s A Pictoral History of Horror Movies has some films so obscure that I forgive you for thinking I’ve made them up. Mad Doctor of Blood Island (1970), The Phantom of Soho (1963) and Joan Crawford in Trog (1970) for example. Trog deserves a special mention. 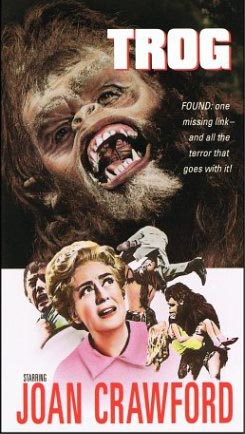 In her last film, Crawford plays an anthropologist who unearths a troglodyte (an Ice Age ‘missing link” half-caveman, half-ape) and manages to domesticate him – until he’s let loose by an irate land developer (Michael Gough). Alas, I’ve never seen it but I would imagine Gough to be suitably insane. He certainly is in Konga (1961) and Horror Hospital (1973).

You’ll only catch Roman Polanski’s The Tenant (1976) on DVD. Cul-de-sac (1966) sometimes gets an outing, but his 1972 sex comedy What? doesn’t. It’s the only film directed by Polanski that I’ve never seen and it irks me. Macbeth (1971) is easy to obtain on DVD, as is the disappointing but worth catching The Ninth Gate (1999) starring Johnny Depp. 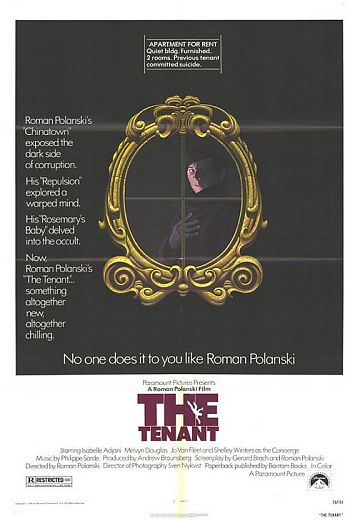 Everyone knows The Wicker Man (1973) but have you ever seen director Robin Hardy’s only other film The Fantasist (1986) ? I did, at the time, and remember it being great.

Harold and Maude (1970) has vanished from view. As have many more popular American comedies from the early 70s. There was a time when films featuring Alan Arkin were never off the telly. But I’ll save the comedy for another day.

Peter Sellers directed a film in 1968 called Mr Topaze. Legend has it that the mad Mr Sellers burnt all of the negatives. This makes it possibly one of the most rarely seen films ever. He made many other obscure films during his career. The Blockhouse (1973) is one of them, where he co-starred with Charles Aznavore. They play allied POWs who become entombed in a concrete bunker that’s stocked with provisions to last them several years. What’s happened to this film? Has it been entombed as well? 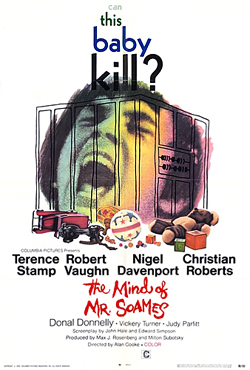 The veteran actor has been appearing in oddball films for nearly 50 years. The Collector (1965) is shown very rarely, and I’ve never seen the sci-fi tinged The Mind of Mr Soames (1970) or Hu-man (1975) at all. What about the Uri Geller biopic Mindbender (1996) or the strange monkey film Link (1986)? Easier to find are the deliciously oddball Elektra (2005) and Revelation (2001). He’s still at it; the prolific Mr Stamp has eight films in production in 2008. Good luck to him, although some of them sound very odd indeed. 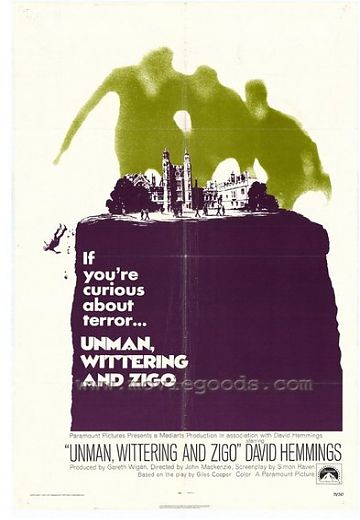 Another British actor who made many obscure films. The late Mr Hemmings appeared in Voices (1973) and Unman, Wittering and Zigo (1971). I’ve seen them both, although not for years and years. Rather than research them, I’ll just recall from memory that they were very odd and captivating films. The first, which I remember seeing in an afternoon slot, was about two people who have seemingly survived a car accident, holed up in a strange house in the country. The second was about a schoolteacher, subtly tortured by his unruly class.

Modesty Blaise (1966), another Terence Stamp oddball effort, turns up occasionally, although similar films from the period don’t turn up at all. Diabolik (1969) is a similar but much better film than Modesty Blaise.
Richard Lester made a film in 1968 starring Julie Christie called Petulia. And talking of Ms Christie, Darling (1965) has kind of disappeared from the radar. 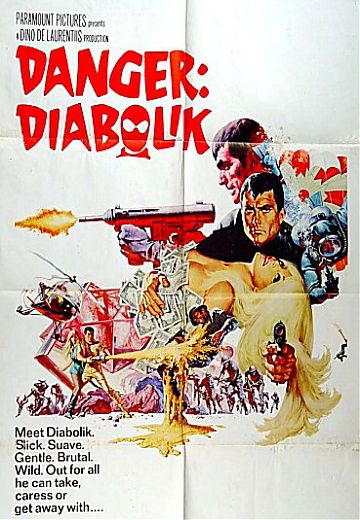 Enough to be going on with then. One day I’ll track down my oddball films; searches for Mr Soames on YouTube return sobering footage of the MP Nicholas Soames. Although the whole of Unman, Wittering and Zigo is there in all its unadulterated glory! I’m off to enjoy…

When I was in college, a friend and I had a search going on to find the worst-ever horror movie. Of the ones we tried out, “Spontaneous Human Combustion” is the one I remember as the worst.

Of late I watch maybe a handful of movies a year, as I watch virtually no TV these days, and what I do watch is entirely from a few series I enjoy. So I’ve seen almost nothing from this list!

Yes, there is such a film. Made in 1995 although I can’t find any other info. It’s going on the list!

This is a great post, Stephen! I don’t think many Americans know about the original “Wicker Man.” It’s so much fun, and I refuse to even glimpse the new Nick Cage version. And speaking of Christoper Lee, my dad used to take me to see the old Hammer Dracula films, which I loved. An obsure movie that gave me nightmares was called “The Conquerer Worm,” starring Vincent Price. I saw it again recently and it was Really Stupid.

Also, Harold and Maude is one of my favorite movies. I miss Ruth Gordon!

The Conqueror Worm – that’s also known as Witchfinder General? I’ve not seen it for some time but I remember the ending being quite disturbing. Only one of three films directed by Michael Reeves – one of the others being The Sorcerors with Boris Karloff.

Harold and Maude I saw again about three years ago and wrote a review on my old blog. I might find it, dust it down and try to pass it off as a new post! I miss Ruth Gordon too, and Bud Cort is an actor who never achieved the greatness he deserved.

You have awesome taste in weirdness.

Like you, I disliked “The Ninth Gate,” but I’m not surprised a weirdo like P. would direct it, nor am I surprised that D. would star in it; he seems to like strange roles. For me, “TNG” is just one of those movies that’s so bad and dumb that I have to watch it whenever I happen to catch it.

As for obscure films, I’d have to go with “Cannibal Holocaust” as the most memorable. Maybe “notorious” is a better word. “CH” pure wacko exploitation. They kill animals for real in that sick flick, and it’s so realistic that authorities thought the filmmakers had killed them in real life. It’s the sickest movies ever made. I’m pretty jaded when it comes to sick crap, but I seriously didn’t think I’d finish watching it. It also made me question my own morals and made me feel guilty, because I felt like I was watching a snuff film.

I’ve seen a documentary on Cannibal Holocaust and, although it was intriguing, I have no desire at all to see the full film. And strangely this is freely available to see on DVD.

I actually rented a BETA tape copy of the Peter Sellers movie The Blockhouse in the mid 1980’s. Acording to the jacket it was based on a true story. The survivers were found in 1954. Peter Sellers portrays a teacher conscripted into building coastal defences for the Germans being trapped in the “blockhouse” on “D” Day. A very strange film.

The fact that it was a BETA tape spells out just how obscure this film is.

One day I might get to see it. Maybe one day.